When Shutterstock began in 2003, CEO Jon Oringer had a big vision for the then small company. What all started with just a single small business, Shutterstock has since grown to include several businesses that all work towards a large mission of offering the world access to high-quality stock photos.

In the beginning, Jon Oringer was providing creatives around the world with just one asset – stock photos. Over the last 12-years, Shutterstock has grown to be the leading cheap stock photo agency and has expanded their offering to include stock footage and music.

At the start of 2015, Oringer released a letter to the employees of Shutterstock looking towards the future of stock photos. In this post, we will examine the future as Jon Oringer sees it and discuss what can be expected to develop and change in stock photos over the next few years. But before we head down that path, we would like to discuss a little about Shutterstock’s history and how they got to be the leader in the stock photo world.

The History of Shutterstock

What began in 2003 quickly became a global phenomenon in the stock photo industry. Shutterstock was founded and headquartered in New York City by Jon Oringer, who still operates the company today as the CEO. The stock photo agency operates in more than 150 countries around the world and is translated into 20 languages.

It is the leading provider of licensed imagery anywhere online including more than 50-million photos in its library and is dedicated to connecting creative professionals with the best images anywhere in the world.

The company was originally stocked with thousands of Oringer’s original photographs. As an entrepreneur, Oringer noticed the need for digital images and created the first ever stock photo subscription service in the industry. He actually wrote the code for the site himself and still enjoys coding to this day. Oringer has a computer science background and received his MS in computer science from Columbia.

In his letter to employees at the beginning of the year, Oringer clearly stated that he knows that Shutterstock can get even bigger. Because he recognizes that with Shutterstock growth other companies will start to mimic their strategies, the competition will be strengthened.

In order for Shutterstock to grow, Oringer indicates that the company must focus on efficiency and keep things as efficient as they are. That means Shutterstock must invest in back-end user support for both stock photo buyers and contributors. Photos must be easy for contributors to upload for sale and even easier for creatives to purchase and download.

With Shutterstock focusing first and foremost on growth coupled with efficiency, the stock photo industry seems to be moving in a direction of user-focused technology. Since more and more stock photo options become available every year, online agencies must look towards increased efficiency in order to compete with the others.

What does this mean for the average stock photo buyer or contributor? For people who use Shutterstock or alternatives to this service, they can expect upgrades to the user interface as well as streamlined processes to boost efficiency as Shutterstock leads the charge to grow while maintaining its infrastructure. Companies that offer an obtuse or slow solution will start to fall away to the competition which can outmaneuver it. In 2015, Oringer sees the stock photo industry investing in its efficiency in order to streamline the growth process and offer an even better stock photo solution to users.

Oringer Sees a Future of Adaptability

Shutterstock might have started as a company that offered only one creative asset, stock photos, but more than a decade later, Oringer plans to evolve the stock photo agency until it is vital to the workflow of the creative professional. The company has already moved well beyond stock photos to include footage and music, so Shutterstock’s adaptability to the marketplace has been proven.

Besides surviving more than a decade, being profitable and having no debt, and being valued as a multi-billion dollar company, Shutterstock still values adaptability and change. Oringer sees Shutterstock continuing to be a leader in the stock photo world. In order for the photo agency to continue its reign on top, he encourages his employees in the letter to think differently and not fall into the same patterns of thought especially if they aren’t working. He tells his employees to be open to change and ready to adapt.

With the digital world changing every day, Oringer sees the future of stock photos as needing to be willing to adapt along with the digital landscape. Oringer believes that users need a suite of services that provide more than just stock photos and plans to evolve Shutterstock to meet the growing needs of creative professionals.

Oringer predicts a booming stock photo future this year and beyond. As digital products become even more essential to creative professionals and businesses, the industry is expected to grow. Shutterstock plans to position itself as a solution for creatives that provides more than just stock photos until it becomes an integral piece of their workflow. 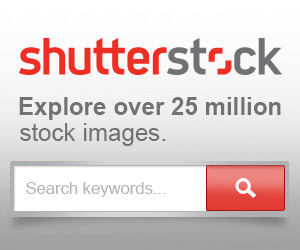 Adobe Stock
No posts for this criteria.
Sitemap
About Stock Photo Online
We want to provide a online-resource for stock photography buyers and small business owners who need stock images. We compare stock photo agencies, tell where to get cheap stock photos and explain royalty-free license terms.